The term sinusoidal is used to describe a curve, referred to as a sine wave or a sinusoid, that exhibits smooth, periodic oscillation. It is named based on the function y=sin(x). Sinusoids occur often in math, physics, engineering, signal processing and many other areas. 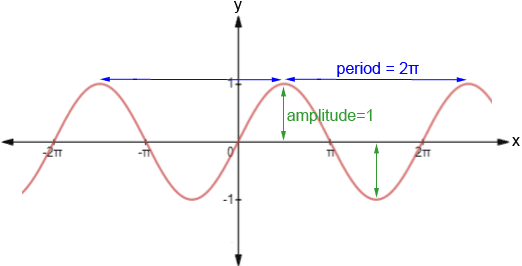 Below are some properties of the sine function:

Most applications cannot be modeled using y=sin(x), and require modification. The equation below is the generalized form of the sine function, and can be used to model sinusoidal functions.

where A, B, C, and D are constants such that:

Two periods of the graph are shown below. The graph of y = sin(x) is also shown as a reference. 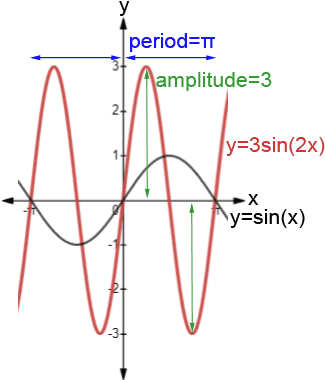 The graph are shown below. 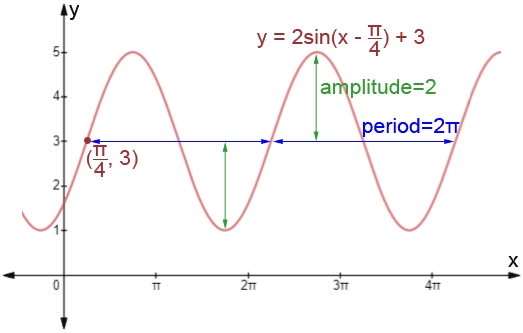 Equation of a sinusoidal curve

Given the graph of a sinusoidal function, we can write its equation in the form y = A·sin(B(x - C)) + D using the following steps.

Write an equation for the sinusoidal graph below. 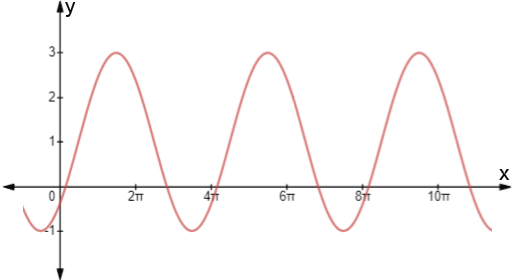 Substituting all of these into the generalized form of the sine function:

Because of the periodic nature of a sinusoid, the equation for a sinusoidal curve is not unique. We could have found different points for C, such as (

would result in the same curve.