Below are two figures along with their stated dimensions.

The dimension of an object is also defined as the minimum number of coordinates needed to specify any point within a mathematical space, or the number of degrees of freedom of a point that moves on the object. A line, for example, has one dimension because a point can only move along the line. We live in what we know to be a 3D world; therefore, most studies in mathematics are limited to 0D, 1D, 2D, and 3D space, as described below.

A point describes a position in space but has no size or shape, so it has no, or zero dimensions.

Although a point technically has no size or shape, we use a dot, as shown above, to represent a point.

The number line above is 1D. A point can only move left or right along the line. The position of point A can be described with just one coordinate number, -2. The size of AB can be described by its length, 7.

A 2D object has length and width, but no depth. A plane has two-dimensions, length and width and forms a flat surface (such as a piece of notebook paper) extending in both directions infinitely, as shown below. 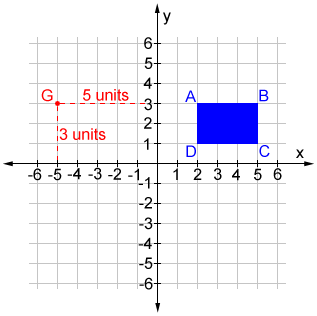 Point G above is graphed in the 2D coordinate plane by moving 5 units left of the origin along the x-axis and 3 units up along the y-axis. The position of G can be described with two numbers (-5, 3). The size of an object, such as the blue rectangle ABCD above, can be described using width and length. 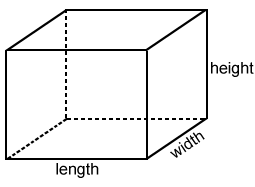 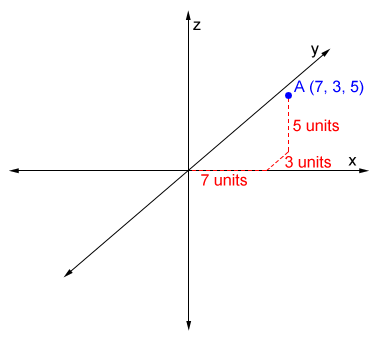 We live in what we know to be a three-dimensional world, having length, width, and height. Mathematicians and scientists have been working to show that many more dimensions in our universe exist.